Today is a cool, rainy day. Summer is coming to an end. The days are getting shorter. The air is cooler. The leaves are changing color and falling from the trees. Gardens are finishing their work. It seems that restful days may be ahead.

I am presently sitting with Melvin; and typing in between helping him with his reading and spelling (the Barton System). I can do a bit as he works on writing a sentence- or reading a story to himself before reading to me. The system has 10 levels and we are now in Level 6.


The boys and I are sitting in the living room doing lessons while the fire crackles and pops in the fireplace. The power has been off for about 3 hours and just came back on. There is something relaxing about not having electricity. You can’t do laundry or use water for dishes or cleaning. Sewing is out of the question.

So we curl up on the couches (or the floor!) and read and write. Yeah, we are informal like that about our school work. At our desks sometimes- usually for math and maybe for writing but really anywhere works. If you want to take your writing to the woods it is encouraged!

Does your family have favorite places to educate yourselves?

What are you enjoying this fall?

Posted by Marie Lapp at 2:22 PM No comments: 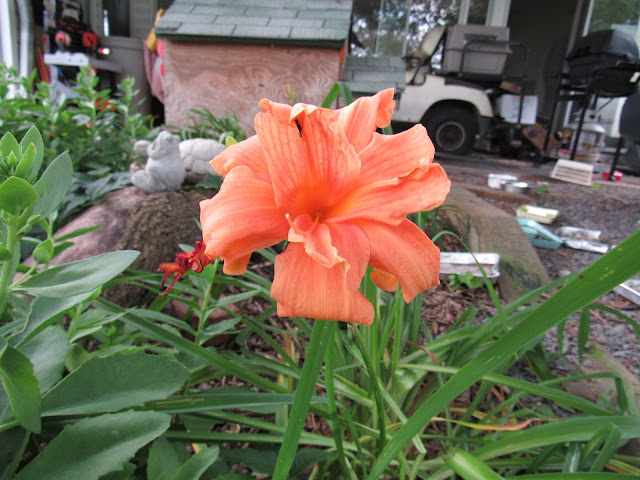 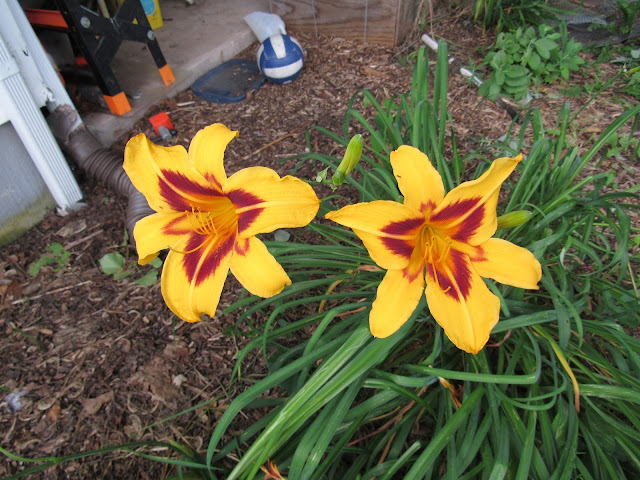 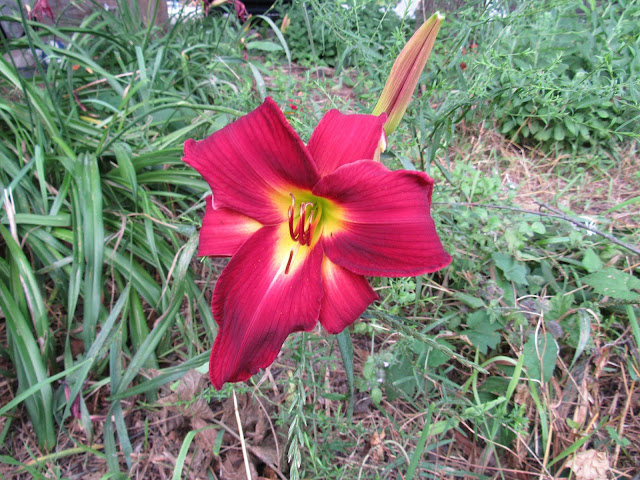 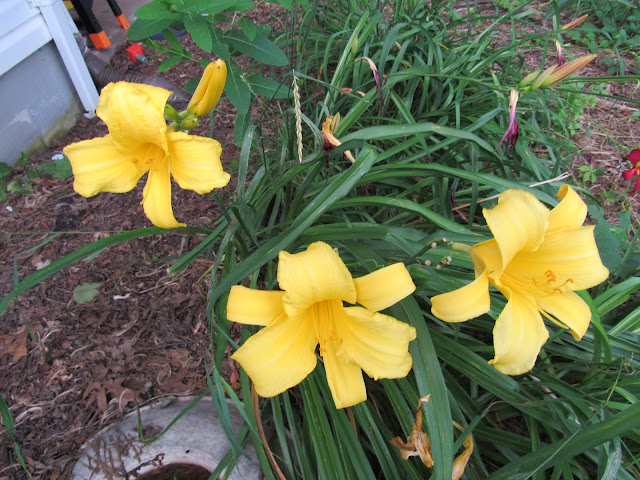 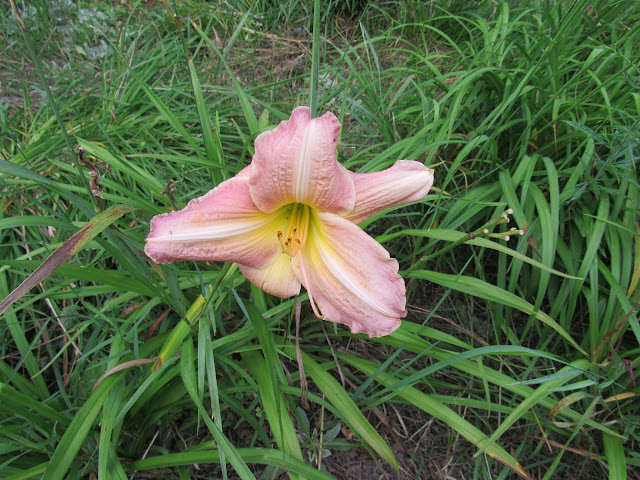 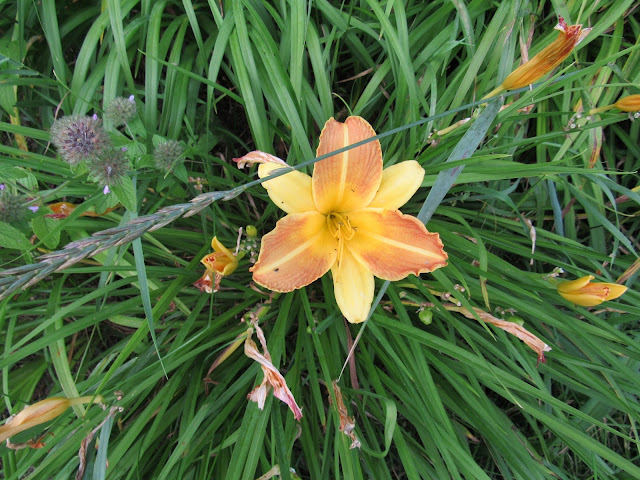 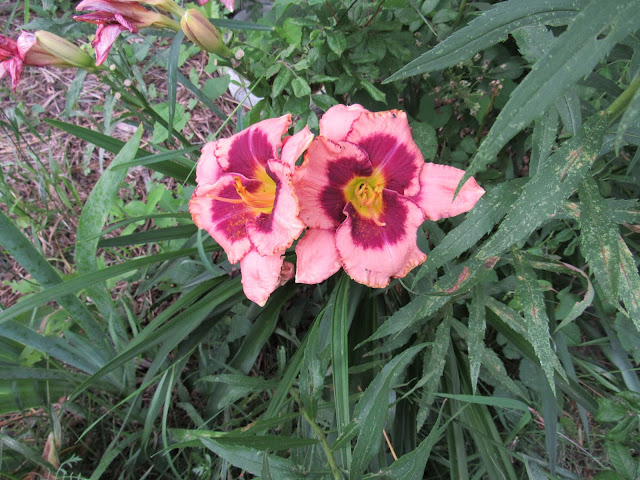 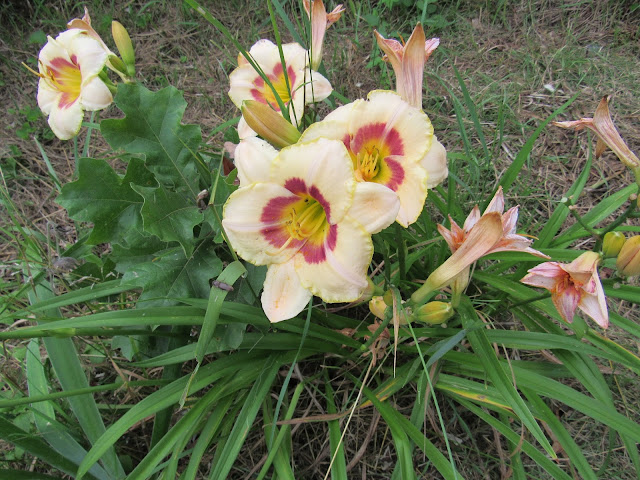 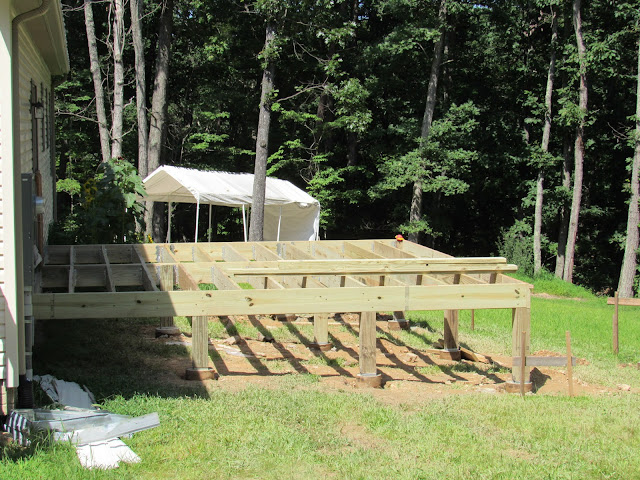 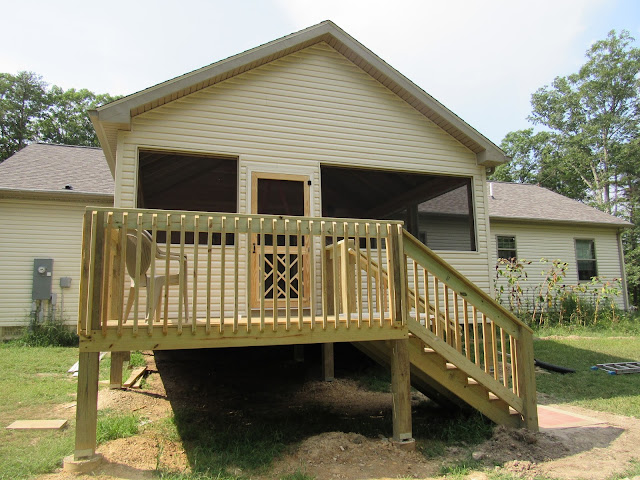 Posted by Marie Lapp at 1:30 PM No comments:

I will post this although it is rather old. I meant to add some photos but am not getting that done. I may give you a "photos only" post sometime.

Troyer Reunion
Right on the heels of finishing up formal school this spring (we continue to be educated throughout the summer but do not have appointed times to sit down and read, write & cipher) we attended the Troyer reunion in Farmville, VA.

This is where my deceased mother’s family migrated to from VA Beach, VA years ago. When we lived there (my parents and siblings), there were my grandmother and three uncles with their families living in that area. About the same time that we moved to WV my one uncle moved to MO and the other to ME. The other stayed there and all his seven children and their children and their children (yes, four generations!) live in the area as well.

It was grand to connect with kin once again. People were there from Maine, Alabama, Texas, West Virginia, Missouri, Pennsylvania, and other places I don’t recollect at the moment. We also had the privilege of briefly connecting with old time neighbors and friends- the Shetlers- where we stayed overnight.

Coming home with us from VA was my cousin’s son Davis. He is about Matthew’s age and doesn’t have many friends his age in his area. I don’t know if we spoiled him with boy company during his two week stay with us or not. I told him I feel for him when he goes home. At his house he is the only male among females and at my house I am the only female among males. I think he understood the predicament I am in.

Lapp Reunion
It so happened that the same weekend Davis’ mother Keren, his sister Emily, and his Aunt Sharon came to pick him up, Thomas’ brother Caleb & wife Olga from Haiti flew in and his sister Yvonne & husband Carl from PA came. So we combined the Lapp family with my cousins and my sister’s family on Sunday and had an enjoyable day. On Monday we had lots of Lapp time and on Tuesday Caleb & Olga went to their cabin in Franklin. On Friday of the same week we packed up and went to OH for the

Miller Reunion
This is Thomas’ mother’s family. The tradition used to be to gather at his Grandfather’s home in Holmes County. Since Grandpa’s passing there have been various attempts to get together. The new tradition forming is to gather at a campground in Warsaw, OH. This was the second time we were there and the first time in years that nearly the entire family was there. I think there was only one of Thomas’ cousins missing and that is miraculous. They come from Florida, Kansas, Indiana, Canada, Haiti, Pennsylvania, and again I’m not sure where all.

An interesting way to pay the cost of the reunion is to have an auction. Bring things to sell and all the money from buying it goes to pay for the cost of the campground. We came home with books, rugs, a puzzle motto, baskets, potholders, doilies and a comforter.

A few weeks later we again hosted Caleb & Olga overnight and drove them to the airport to get their flight back to Haiti.

VBS & Youth
The Monday evening that Caleb and Olga were here the first time Thomas & I had our first meeting with the youth committee. This group consists of two couples and two of the young people. We sat together to plan out the next 3 months of activities. The youth have a Kid’s Club going in Romney where they meet with the kids every Thursday evening. This takes a lot of time and energy so they only want other planned activities every other week. That is helpful!

We were also on the VBS planning committee with the same couple so we stayed a bit late that evening to finish up the plans for that. We had a nice week of Bible School (actually 5 days). Thomas and I taught a class also. A group of 9 & 10 yr olds. Interesting, lively bunch.

We help occasionally with the Kid’s Club and I really enjoy working with the children. Last week I was asked to help with the older girls. The one girl looked so sad and participated so little all evening that my heart just ached for her. Some of the others were so noisy and “bad” that my heart ached for them too. I just want to mother them all.

The only other youth activity we’ve been involved in so far has been road clean-up.

Gardening
We are having fun gardening again this year. I had no idea how things take over in one year of not gardening. Matthew, Melvin and Christopher have been doing a lot of the work fertilizing, spreading compost, hay and grass clippings, planting and picking things. We have some prolific things and some not so prolific. It has been a super year for gardening though, with all the rain we have gotten! We got a nice crop of blueberries; though not enough to put any away.

Cutting Apron Strings
Recently Stephen & Austin laid all their plans for a trip to Faith Builders in northern PA before I realized what was happening. They made traveling & lodging arrangements and I really had not much idea what was happening. That was a rather strange feeling. They traveled with Thomas’ cousin Gene Schlabach from VA. He just graduated from two years of study this spring.

They were at it again planning a trip to NC a couple weeks ago when we parents realized we need to step in. It involved a little too much. They were planning to use Thomas’ truck and trailer to haul their Aunt Joanna’s things from my parent’s home to hers. Noble ideas but a little much for minors and their father’s (uncovered) trailer. Thomas helped them in this venture, borrowing a covered trailer and making the trip with them in a day and a half.

Peaches
While they were gone on this venture, the younger boys and I got 8 bushels of peaches put in the freezer. I had gotten ten bushels and half of them really needed to be done at once. After we saw the big guys off at noon Friday we set to work. By 8:30 that evening we had done at least four bushels and gotten the cow milked. We quit and I took the boys out for supper.

The next morning we were slow about getting ourselves moving but eventually set to work on the rest of the peaches. They were all ripe but I put about a bushel and three quarters in the fridge and we did the rest. When we had a bushel and a half left, a friend and her daughters showed up to help us. They made things fly. It was so wonderful to have help and be done.

It was around 5:00 PM when we finished and then went to pick beans and cucumbers for friends who were in Canada. We picked a three quarter bushel of cucumbers which made work for us for awhile the next week. We made kosher dills, sweet dills and pickle relish. We also pickled some Hungarian Hot Wax peppers from our garden.

Oh, and now we have 6 bushels of peaches coming this week that need to be canned. Does it seem a ridiculous amount to you? Well, this family does eat a ridiculous amount! We do not serve desserts or bread or much of any grains so it takes more fruit and veggies than what a lot of people use.

Construction
Thomas, Stephen, Austin and sometimes Matthew have been quite busy with construction this summer. They are currently working on a screened in porch/deck combo.

School
is just around the corner! Our church has just in the last week or two finally confirmed with a young man who has agreed to teach the upper grades for us. The school will be larger this year than it has been in awhile. Last year there were eight students and this year there will be 15-16. Four of these are first graders. Two are the youngest in their family and two are the oldest. (Interestingly, I spoke with a teacher in another community who will have 10 first graders of the same sort- firsts and lasts.) Makes for some interesting vibes. School begins August 25. I plan to begin here at our house on the 24th,  Lord willing. We cleaned the church school house yesterday morning and I’ve been working on cleaning our school room for weeks.

And now school is part of our normal routine again! I hope to fill you in on things before long but we continue to have a just plain crazy schedule. Can anyone relate?

Posted by Marie Lapp at 8:33 PM No comments: