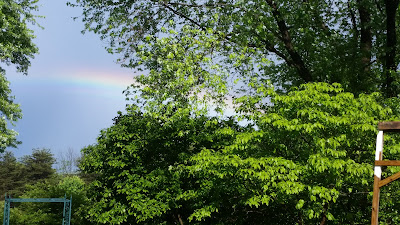 Today was a full and busy day. The two younger boys worked on some laundry this morning. Thomas and Matthew completed a construction job today that's been long and drawn out, fitted in between door jobs. Austin was out with the lawn crew.

I was up earlier than usual. After breakfast, I read with the boys until the midwife came. All seems to be going as a normal pregnancy should.

After my checkup, the boys had scattered. Melvin was mowing the lawn. Between mower breakdowns and rain, the lawn was looking pretty hairy. More hairy than pretty.

Christopher was watching chicks and trying to see how many hatched. He also emptied the dishwasher. (Click here to see a video of the chicks.)

I worked on making menus for the next couple weeks and getting a shopping list ready. Then I made a list of some food prep that could be done.

The last few months I've been using Eat at Home meal plans, simply because of pregnancy brain. It was too difficult to plan and Tiffany has all the thinking done for me. Actually, I did alternate my own meal ideas with hers but leaned heavily on her plans.

Now that I can think again to some degree, I decided to make my own plans for the next couple of weeks and see if I can whittle the grocery bill down. 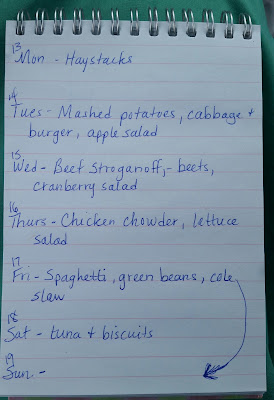 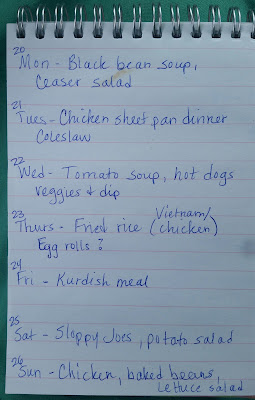 Last year was not a real profitable garden year so my freezers and canned food shelves are quite empty. That does not help the grocery bill! Especially with six big eaters. My appetite has returned so that includes me.

After lunch we headed to school for program practice at 12:45. It's that time of year again. Practice every day this week and Friday evening is the performance. Next week we'll be FREE.

While the boys practiced (for an hour) I crawled into the back seat of the van, curled up and slept. If you've never tried pregnancy at age 46 you should! Ha ha. It is quite difficult.

After we were home and I rested a bit more, Christopher and I tackled some things in the kitchen. He started working on a breakfast casserole. Then he had to go do the milking early so Melvin finished the casserole. 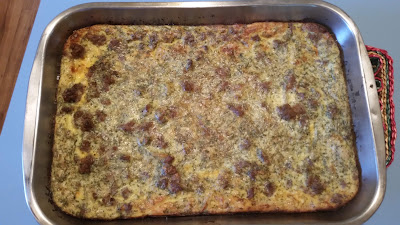 I got a batch of bread mixed and rising, then worked on supper and other things. There were leftover mashed potatoes from Sunday that I reheated; 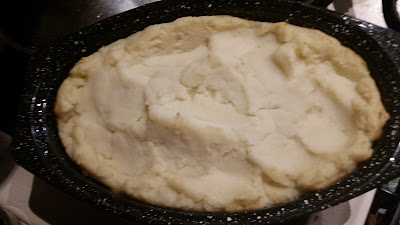 I fried burger, onions and cabbage together 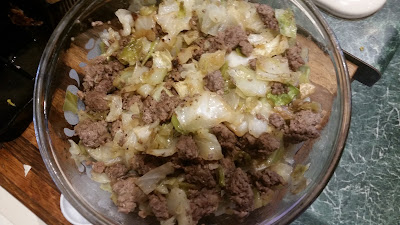 and made a fruit salad with apples, canned pineapple, frozen blueberries and yogurt. Sweetened with a bit of maple syrup and flavored with vanilla. 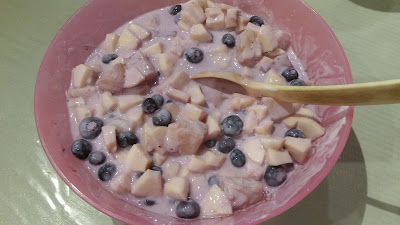 The cow has really upped the milk production this spring. I turned a gallon of it into vanilla pudding, sweetened with Sucanat. 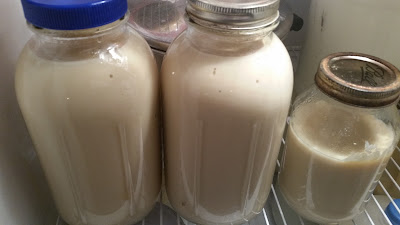 I want to make some freezer meals so I fried a couple packs of hamburger for that venture. 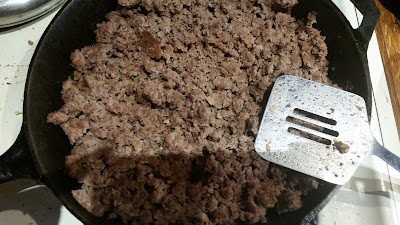 And a pound of bacon, baked for another potential breakfast casserole. 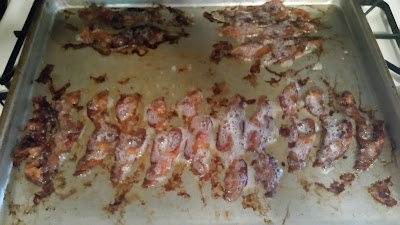 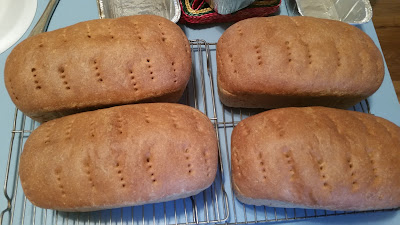 It takes more bread with the guys getting their own breakfasts and lunches. With my poor coping skills at present, there are fewer leftovers as well for lunches. Plus Austin wants more finger foods to eat "on the run" with his lawn care job.

I felt pretty good about how much I accomplished single handedly. The boys were all gone to Kid's Club for the evening. But. ..if I do that much, it just kind of sets me back physically. One day up, the next day down. One step forward, two steps back.

Thomas spent the evening working on a chicken coop. The chickens have been in the fenced-in garden area but if we want to plant a garden they need to move. Plus the chicks need something with a "roof" so hawks and owls can't get them. AND we want something that we can move across the lawn or field to let them pasture feed.

The boys came home around nine o'clock, ate their supper and we called it a day. Kitchen cleanup waits till morning. That's the way we roll around here. Not the best way but hey, you can't always have the best, you know.
Posted by Marie Lapp at 3:16 PM