From the Desk of Our Dyslexic Son

Dyslexia is a gift in many respects. A dyslexic person has  perception that a "normal" person isn't gifted with. Many inventors have been dyslexics. 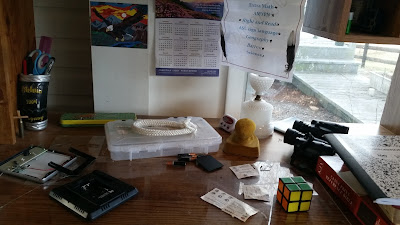 I stole a picture of Melvin's desk. It is slightly cluttered. You can see a pair of binoculars behind his composition book on the right. A two by two Rubik's cube, a sanding mechanism (I don't even know what to call it), a tackle box and a dissembled gadget represent his many interests.
He does a lot of carving/creating with wood, enjoys wildlife, loves fishing, and enjoys fixing things. 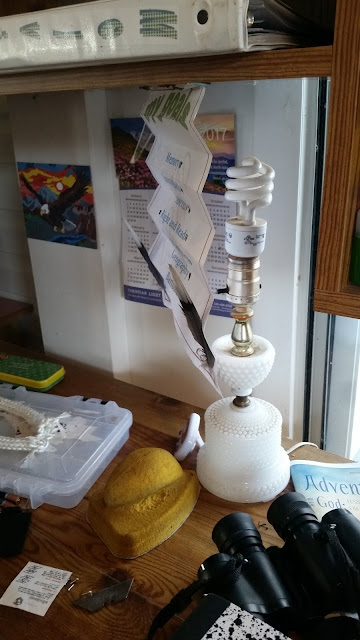 This lamp is a good example of his ingenuity. As you can see from this angle, it has no shade. 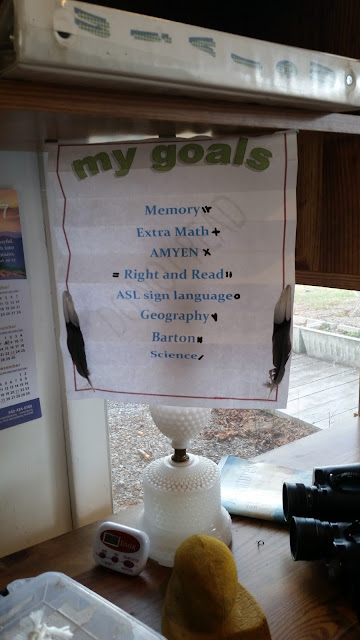 But now you see, it does have a shade! He made a list of his goals, folded it accordion style, and stuck it to the top part of his desk. Voila! A lamp shade. 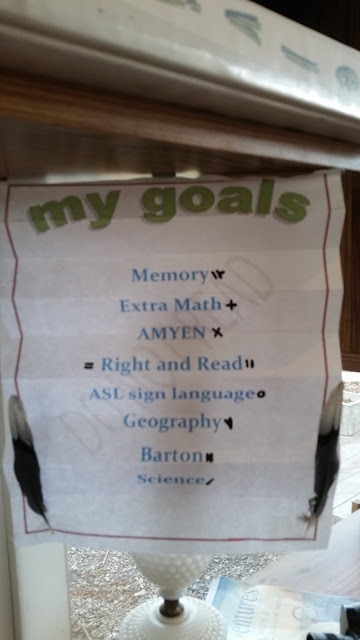 His creativity shines through on his Goals sheet. Every goal has a symbol behind it. That way when he has accomplished it, he can record only the symbol on his time tracker. He thinks all these things up. The corners are graced with blue jay feathers. (And if you haven't noticed before, one of a dyslexic's weaknesses is an inability to spell.) 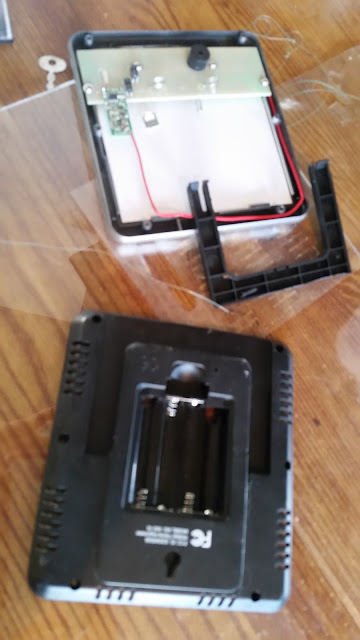 Thomas says he can be working hard to figure out some technical matter of installation or how to make something. It just won't come together. Then Melvin happens by, checks a few things out, makes a suggestion and there it is. It just comes together and works. 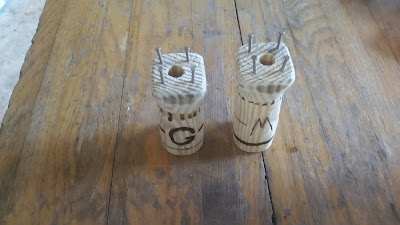 Today he heard my sister say she wanted tatting looms for her daughters, Maxie & Gwen. He went to the shop and came back with these beauties a few hours later. 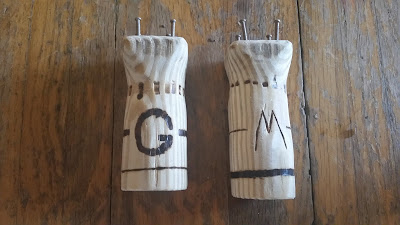